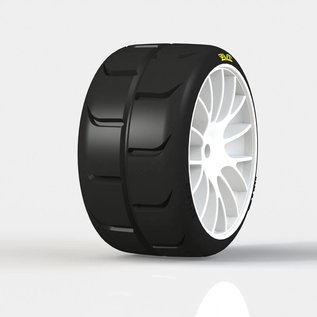 €39,90 Incl. tax
Delivery time: not in stock in the required ammount
Brand:
PMT

The Supreme K have been especially designed for all track conditions. Developed with latest generation components, deriving directly from the highest level of Motorsport, they are available in three hardnesses:

On this type of tyres a new lighter and harder rim will be used, designed to withstand 25% higher lateral forces, compared to existing ones.
Moreover, even the filling mousse has been updated and can now withstand up to a temperature of 130°, without altering its mechanical characteristics.